Steam Highwayman comes from a combination of ideas and was born as a concept in late 2010.  On this page I’d like to share how I came up with the project.  I’ve posted the development documents  unlocked by Social Stretch Goals in my Kickstarter campaign here too.

Where did it all begin?

In October 2008 I got a job at Bisham Primary School, on the banks of the Thames, in a part of the world that was entirely new to me: the Bucks/Berks border and the Chilterns.

I found a place to live, just across the river on the High Street of Marlow and enjoyed what must be one of the world’s most idyllic commutes: a 12-minute walk across the historic suspension bridge and down Bisham lane to school.   I hadn’t expected to be able to live so nearby, so in preparation I had completed my CBT (motorbike certificate) and bought a secondhand Yamaha RXS 100. The first part of my recipe was complete: I was in a new and fascinating landscape with, for the first time in my life, the motorised ability to explore it.

Instead of being bound into a daily, smog-ridden commute, my bike became a leisure vehicle.  I bought the two local OS maps (Explorer 171 and 172) and began to ride the lanes, hillsides, woods and villages of the Chilterns and the Thames valley.  I spent days and nights walking the paths between Marlow and Henley, watching the red kites flying over the woods, talking with passers-by, reading everything I could about the history of the place I found myself.

These maps are incredible in their detail and their consistency.  They don’t only show the present, but the remainders of the past that are all to easy to miss on the ground.  Earthworks betraying medieval or ancient settlements, turnpike roads from the 18th century, dismantled railways of the 19th, former industrial sites of the 20th – all can be found along the Thames and in the hills around.

It gets better.  The OS maps are dotted with blue pint-glasses, each denoting the location of a pub, each a microcosmic, time-travelling window into the past.  Sepia photographs showed these same places a hundred and twenty years ago, practically unchanged.  I’ve always been interested in vernacular architecture, so I had more than enough reasons to visit the Flowers in Hand or the Oak Tree, even if I wasn’t thirsty. 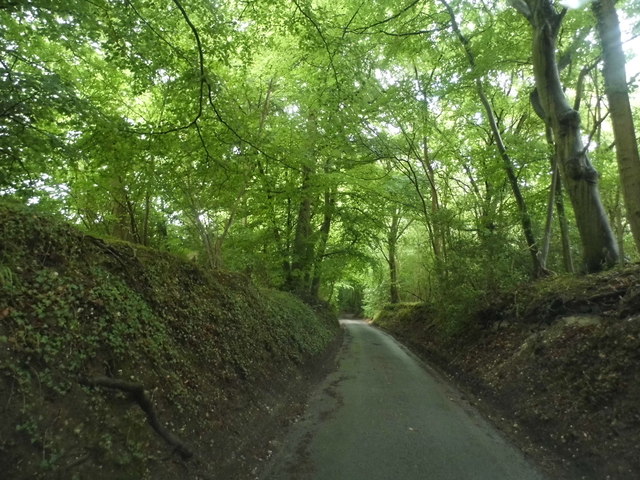 The holloway at Turville Heath

There are legends of highwaymen haunting Maidenhead Thicket, Cutthroat Wood and other places within easy reach of Marlow.  Dick Turpin, in particular, is associated with Sonning, Bracknell, Wallingford and the Thicket.  When I was riding up the holloway from Turville Heath to Christmas Common on my motorbike, I knew exactly how vulnerable a historic traveller could feel beneath the shadows of the wood and between the high, slippery banks of the roadside. 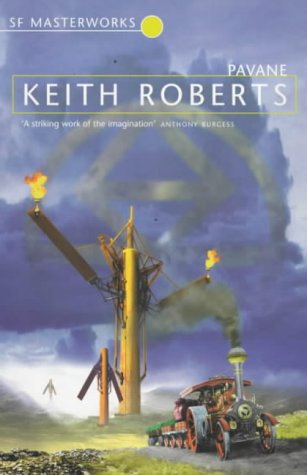 One story in particular dramatised an encounter with highwaymen in a memorable way: Keith Roberts’ Pavane.  The protagonist in the first novella within the story is a lonely, embittered, weather-toughened haulier making the last run of the season over the Devon moors in an alternate history, departing from a failed Reformation.  The world-building is powerful, but the characterisation and atmosphere are really the treat here.  It has a very realistic steampunk air: I’m certain that Roberts was really writing about his own enthusiasm for the genuine historical road traction engines.

I was moved to wonder about the justification for the highwayman’s action within the story: in what circumstances or under what pressure might robbing an honest haulier be justifiable?

William Gibson and Bruce Sterling’s The Difference Engine defined steampunk for many readers.  I took Gibson’s Burning Chrome out of the school library about 20 times in three years and then read everything else I could get by him, including Engine in 2008 or 2009.  The story is richly literate, full of paranoia, action, comedy and a complex world.  I began thinking about using the world of Steampunk to describe the countryside I was beginning to know one October night in 2010… 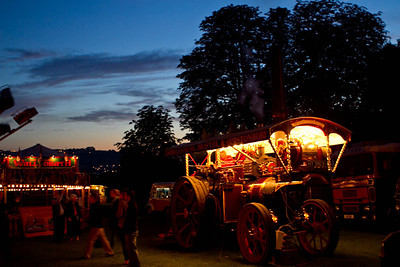 Steam engines do really have a place in the region: Carter’s Steam Fair is based in White Waltham and I visited them at their season finale at Pinkney’s Green in 2010.  Walking up the hill from Marlow, through Cliff Wood, past the ice-house and over the green through the dusk must be the perfect enchantment to make someone fall in love with live steam.  The rising clouds of steam, the scent of oil, the strings of bulbs…  I visited the Wall of Death and watched riders stunt on vintage motorbikes around a wooden ‘o’ that seemed not much bigger than a living room.  I visited the Freak Show and gawked at the Incredible Mongolian boy and the fire-breathers.  I rode the steam-yachts and the carousel and fell in love.

One more ingredient was needed – and that, arguably the most important.  If I had only experienced all of this I might have written a novel or a short story about the Steam Highwayman, but something else was needed for the world to become truly interactive and for the reader to have the freedom to make their own story… 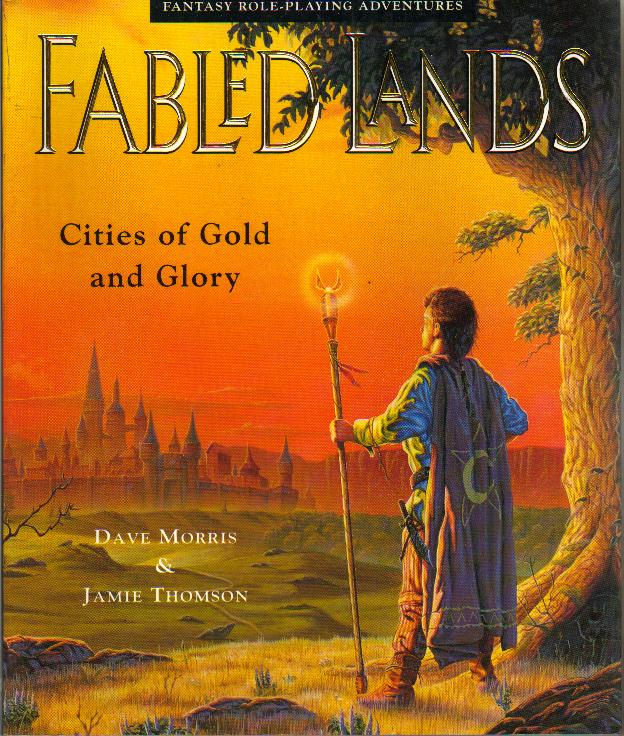 Fabled Lands is the oldest piece of the recipe.  When I was nine, I had a teacher at primary school who introduced his class to Choose-Your-Own-Adventure books.  And then taught us how to write them.  Within a year, a friend and I had created our own series, beginning with The Emerald of Wolla-Wolla.  Our adventures were linear but branching, pushing the envelope of our own abilities and spelling!  Then our teacher bought two gamebooks that were different to anything else we had read: The War-Torn Kingdom and Cities of Gold and Glory, the first two books in Dave Morris and Jamie Thomson’s Fabled Lands series. 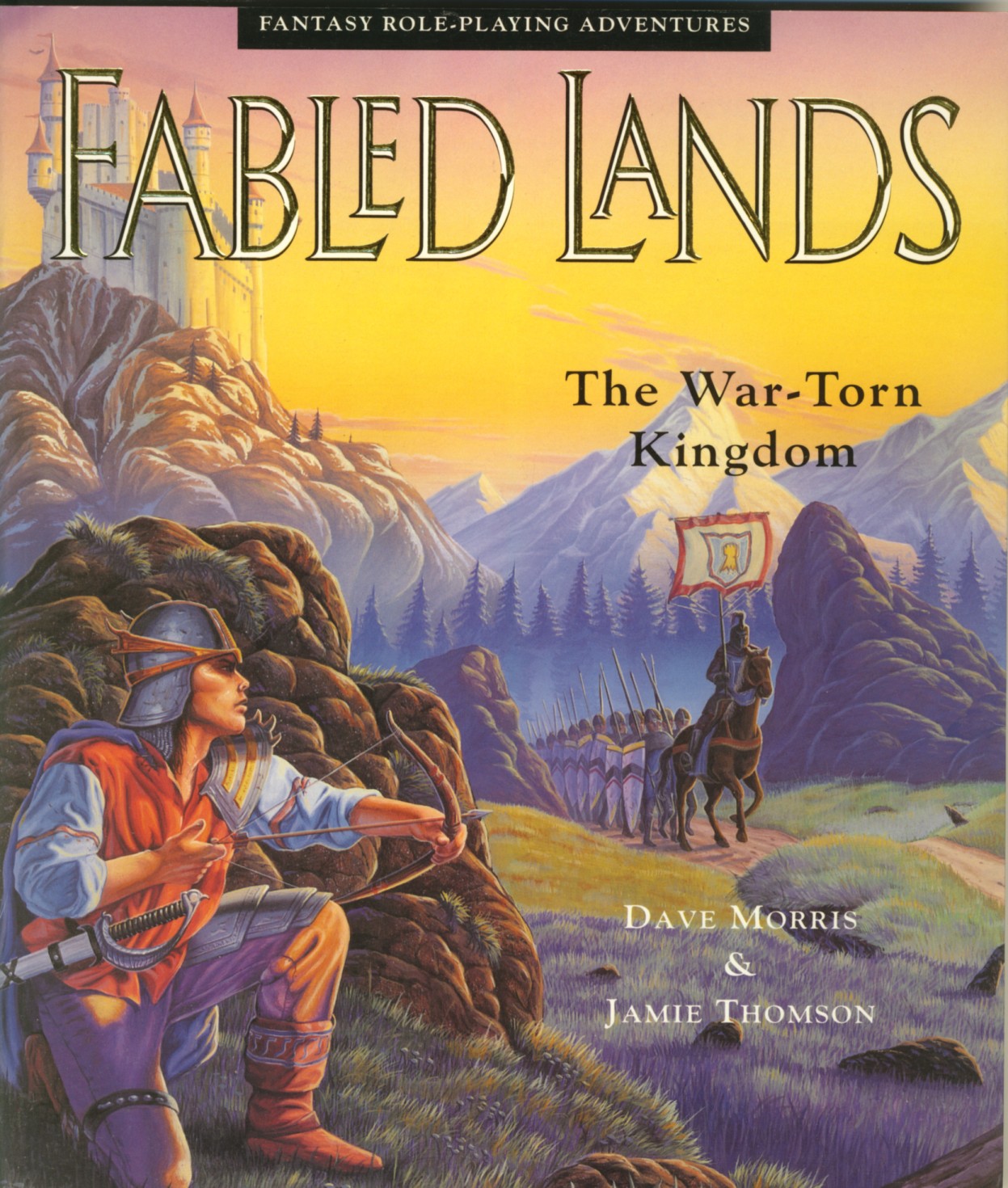 If you haven’t read them, these books are game-changers.  Morris and Thomson, who had written for the Fighting Fantasy series and White Dwarf, invented the open-world gamebook.  Unlike previous gamebooks in which the reader essentially moves towards a goal or climax by different routes, they designed a system in which repeated visits to locations and characters were not only possible but necessary, creating an interactive gamebook that responded to the reader’s decisions.  Your second visit to a cave might seem similar to your first, but on the third an avalanche could block the entrance.  A character you meet might be friendly, confrontational or cold, depending on your previous choices and experiences.

Everywhere I go on the internet I find game-designers, writers and role-players in debt to Morris and Thomson.  Although they used many of the concepts and pieces from role-playing games like Dungeons and Dragons, they were combined with strong story-telling and orginal world-building.  The books are currently undergoing something of a renaissance and Morris and Thomson are still churning out quality content.

I had never read anything as interactive since finding Fabled Lands at ten years old.  My first foray into writing was a direct result of my teacher backing me in my own project, giving me ample school-time to pursue writing more and more gamebooks.  Without his championing, not only would I never have found gamebooks, I wouldn’t consider myself a writer.  Thankyou Dave Lowery. In 2012 I moved to London.  The same year I discovered Inklewriter, by Inkle Studios, who were then working on the adaptation of the influential Fighting Fantasy series Steve Jackson’s Sorcery.  At last I had found something reminiscent of those heady days of my childhood.  I began to explore online writing tools for interactive fiction, like Inklewriter and Twine, and to read IF online, discovering how others had developed the genre since Morris and Thomson.  However, the further I explored, the more sure I was that there was still space for the paper book in the gamebook world.

In 2016 I committed myself to seeing Steam Highwayman completed and published.  Since December 2016 I have been working on the gamebook as my exclusive creative outlet- phew!  A year’s writing but twenty years in the making – the length of time it has taken to fulfill the dream of a boy longing to be a writer.